The Arlington Heights flag policy is discriminatory and you should care 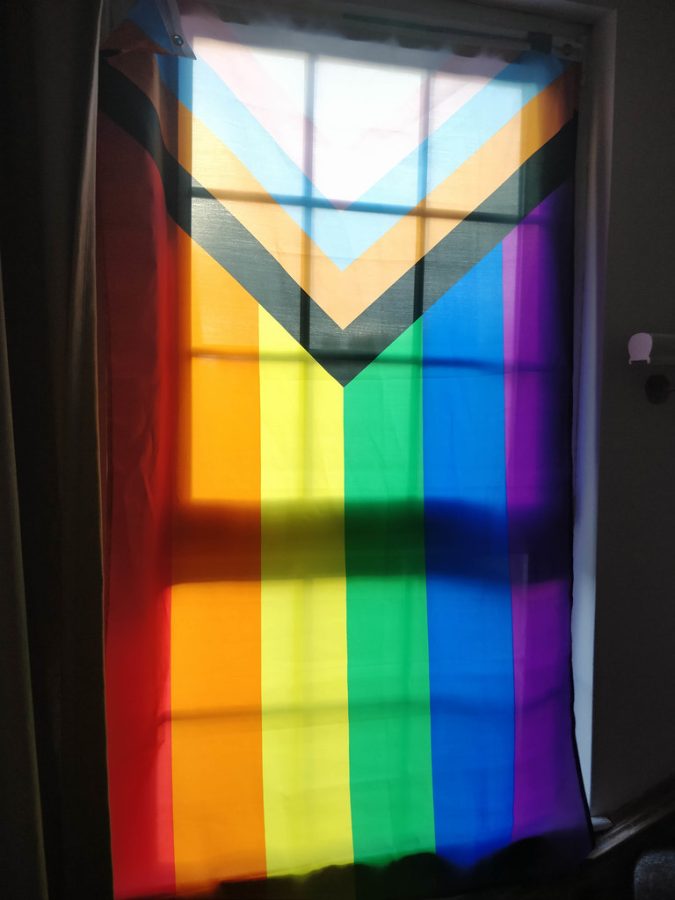 When I walked through Harper’s halls for one of the first times during my senior year of high school after attending a Harper Promise information session, I noticed a Pride flag displayed on a door.

I didn’t point it out to anyone, as I was closeted at the time and afraid of hinting at my queerness, but I did a double-take, and a wave of peace ran through me as I realized that my future college would accept me as a member of the LGBTQ+ community.

A Pride flag always makes me feel safe; whether I see it at a school, outside a church or even outside someone’s house, a Pride flag is a symbol of comfort to me.

So when I learned that the Arlington Heights Village Board passed a flag ordinance this summer that only allows four types of flags to be flown on their village property, excluding the Pride and Juneteenth flags, I was disappointed, to say the least.

According to the Daily Herald, the ordinance, which passed 5-3, only allows the American flag, the state of Illinois flag, the Village of Arlington Heights flag and the National League of Families/POW/MIA flags to fly.

This ordinance is discriminatory towards Black and LGBTQ+ people in Arlington Heights because it denies them an opportunity for representation in their hometown. Village board members in Arlington Heights should celebrate the diversity of their constituents, and other villages and cities should do the same.

In response to the proposal of the ordinance, Trustee Nicolle Grasse suggested that any flag that has been flown at federal and state government buildings could be allowed to fly at the village hall, according to the Daily Herald.

But unfortunately, this amendment failed 4-4 before the final voting round – that really shows some of the board members’ true colors … and they ain’t rainbow, that’s for sure!

According to the Arlington Cardinal, Hayes said that there’s no need to fly “special flags” because the American flag already represents everyone’s individual diversity.

This gives off “all lives matter” energy. Yes, the American flag represents us all, but we need to uplift members of marginalized communities because they are oppressed.  Fairness doesn’t mean that everyone gets the same thing — it means that everyone gets their needs met, and we need to help marginalized communities meet their needs for visible representation by flying their flags.

Hayes also said that he only wants to fly flags all people can support and that flown flags shouldn’t “promote social or political content,” according to the Daily Herald.

Human rights have never been a political issue and shouldn’t be treated as such. People like Hayes who are enforcing discriminatory policies are the reason why human rights are political debates in the first place.

The Pride flag is an important human rights symbol because it serves a message to society that LGBTQ+ identities are natural, beautiful and diverse. According to Julia Zorthan’s “How the Rainbow Flag Became an Icon of LGBT Rights” in Time magazine when Harvey Milk, the first openly gay elected official in California, asked Gilbert Baker to create a Pride flag in 1978, the rainbow symbol seemed like an obvious choice to him.

“We needed something that expressed us. The rainbow really fits that, in terms of: we’re all the colors, and all the genders and all the races,” Baker said in the Time article. “It’s a natural flag; the rainbow is in the sky and it’s beautiful. It’s a magical part of nature.”

“This country has so many aspects to it that are spiritual, and I believe this flag is of that nature,” Haith said in the CNN article. “It (the idea for the design) just came through me.”

By refusing to fly the Pride and Juneteenth flags, the Arlington Heights Village Board is ignoring the stories and messages embedded within them.

Harper students need to voice their concerns about this ordinance because many students from Arlington Heights and nearby communities attend Harper; sending emails to board members, speaking up on social media and sharing the news with friends and family are just a few of the many ways Harper students can show support for their peers.

Many people of all ages throughout Arlington Heights and surrounding suburbs have spoken out against this ordinance already.

Luke Sparreo, a Connecticut College sophomore who is from Arlington Heights, worked with the League of Women Voters this summer to organize a protest against the ordinance in order to stress the need for representation for Black and LGBTQ+ residents in Arlington Heights as well as give people an opportunity to voice their opinions.

“In many ways, I feel privileged I was able to grow up there, but it’s just a fact that we’re lacking in diversity,” Sparreo said in an interview with The Harbinger. “And I think for many of our LGBT [and/or] Black residents, they do not feel completely included, and discrimination of these people does still happen.”

Some may argue that if a city allows a Pride or Juneteenth flag to fly, they would have to allow possibly offensive/discriminatory flags to fly as well. To prevent this from happening, cities could adopt a flag approval process.

Buffalo Grove, for instance, didn’t allow a Pride flag to fly at the Village Hall this summer because village trustees wanted to avoid a “challenging constitutional position” — however, they made a compromise by raising the Pride flag at the Rotary Village Green and creating an ordinance that allows residents to submit applications to fly flags that support causes that matter to them.

Although it would be ideal for Buffalo Grove to allow Pride flags to be flown on all village property, including the Village Hall, they are at least taking a step in the right direction by providing this flag approval process and showing support for the LGBTQ+ community.

So come on, Arlington Heights Village Board. A little rainbow never killed nobody.

Let’s pass an amendment to this ordinance with flying colors … literally.