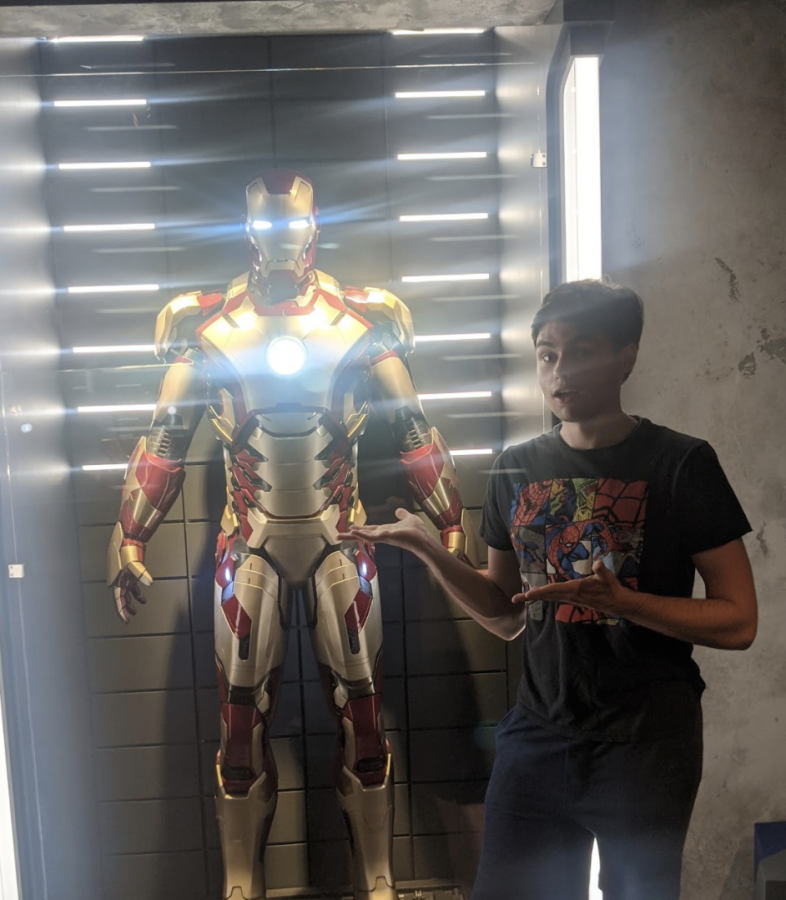 Kevin Foss poses next to Iron-Man. (photo courtesy of Foss)

These were the iconic words of Tony Stark: the words that kicked off and concluded a decade-long series of connected superhero movies — The Marvel Cinematic Universe.

I was five years old when the first Iron Man came out and the Marvel Cinematic Universe began. I still remember how I felt after seeing that movie for the first time. I was in awe at the effects, the story and of course the main character, Tony Stark/Iron-Man, who took many heroic risks.

A character who could escape from his captors by designing a suit of armor using only his mind and the resources he had available to him, all while trapped inside of a cave with his wounded heart hooked to a car battery.  A character with the strength to turn his life around after an experience like that and dedicate his life and work to trying to make the world a better place, rather than selling powerful weapons of destruction for profit. His brave benevolence left a profound impact on me.

This movie showed me the impact one man could have on the world. I learned how a person could overcome any hardships they had in life by growing and changing as a person. I was hooked, and I left wanting more. I wanted to see more of this character, more incredible stories and more inspiring moments. I wanted more Marvel movies.

I returned to the theater every time a new Marvel movie was released after that.

I saw Captain America, shield in hand, fighting for his country and what he believed in. I saw the Avengers teaming up to save the world from the greatest threat it has ever known, showing that through teamwork anyone could accomplish great things. I saw Doctor Strange go from his lowest point in life to saving the world through his hard work and determination. I saw Spider-Man fight to do the right thing despite being told by his mentors and friends to leave well enough alone. I saw one man save half of the universe by his willingness to give up everything to save everyone. I learned many lessons from watching all those Marvel movies throughout the years.

To those people I would ask a few pertinent questions: is telling one massive story with years of build-up and character-defining moments not real cinema? Is being inspired by someone you look up to ruining someone’s movie-going experience?

Is a movie in which a classic superhero protagonist sacrifices himself to save the world just like all other movies? To me, the answer is no.

The Marvel Cinematic Universe of movies have been, and always will be, groundbreaking and powerful movies that continue to inspire audience members through their characters and the journeys they go on. These movies have had a lasting impact on me and have helped raise me to become who I am today and who I hope to be in the future.