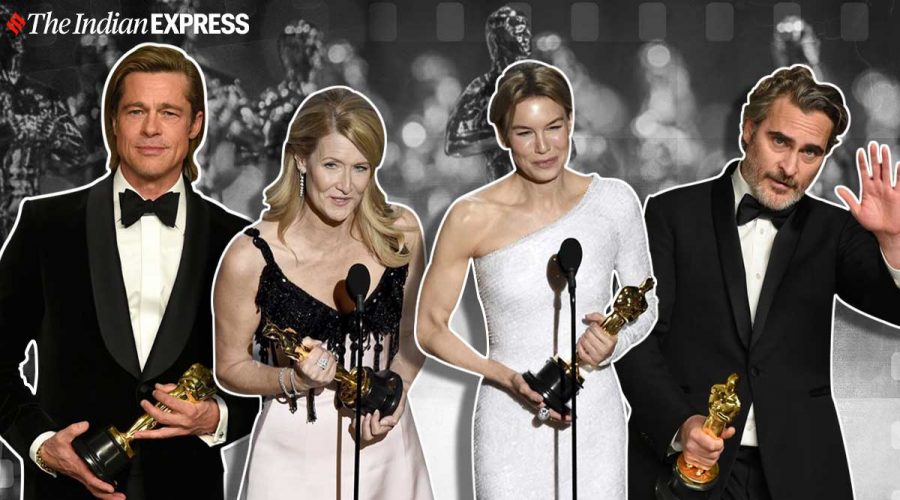 Although the 2020 Oscars has marked significant advances in cast diversity, more representation of minorities is needed both on and off camera. Photo courtesy of Adriana Briscoe.

Recently, I watched “The Hate You Give” — a movie starring Amandla Stenberg that follows the life of 16-year-old Starr Carter and her family as she witnesses the murder of her friend, Khalil, and fights back against police brutality.

I was inspired by Starr’s unwavering courage in the midst of danger and unquestionable confidence in her words and actions, and that led me to wonder — why don’t more movies center around diverse characters and their experiences?

The film industry needs to do a better job of representing people from all walks of life. It’s important to not only hire diverse actors, directors and producers, but also to make sure that people of color in the film industry are being adequately rewarded for their work.

Stenberg has witnessed this lack of diversity in the entertainment industry herself. In a “Teen Vogue” Interview with Janelle Monae, she noted that when she was considering a role in “Everything, Everything,” she initially thought the role was meant to be played by a white actress.

Based on past experiences, she suspected that the casting directors were toying around with the idea of including diverse characters but wouldn’t actually follow through with it.

However, after learning that the movie was based on a Black woman’s novel and that the characters were supposed to be diverse, she was all in for it.

“I’d never seen a story like this made for an interracial couple,” Stenberg said in the interview.  “I’m not someone who generally has a pop or mainstream sensibility, but I see the incredible power of infiltrating these larger movies that show a lot of people who we are and how diverse and beautiful our community is.”

I agree with Stenberg’s wishes — if more films centered around characters from marginalized communities, people would get a better understanding of their rich culture, which in turn would lead to more acceptance and appreciation for others’ differences.

According to a Deadline article summarizing the 2020 UCLA Hollywood Diversity Report, while Hollywood has made notable progress in casting people of color for acting roles, women make up only 32% of studio chairs and CEO positions, and people of color make up just 8% of those careers. White people have 92% of these executive positions, while men make up 68% of those positions.

These statistics are deeply concerning — if white men make up the majority of the force behind the scenes of many films, how can they accurately portray the perspectives of multiple backgrounds on camera?

The study also showed that while Black actors have hit proportional representation in recent years, many marginalized groups remain largely underrepresented; those of Latina, Asian American, Middle Eastern, North African and Native American descent are among those groups.

To combat this, we must work to amplify diverse voices in both the media and real life. We must demand change and speak up against inequality.

In the meantime, Stenberg told Teen Vogue that she will be working to make her way in this world through the chaos and injustice.

“I feel like now is the time to stand tall and feel 100 percent comfortable in my skin even though I’m occupying a space that I know historically wasn’t built for me,” Stenberg said.